I LOVE JUDGE JEANINE PIRRO! SHE JUST BITCH-SLAPPED EVERYONE AT TOP LEVEL FOR THE TREATMENT OF OUR TROOPS, VETERANS AND FALLEN WARRIORS!

“Should ANYONE attempt to strip you of the rights you earned in battle as an American Infantrymen (Marine and Soldier alike), shall be stripped of Life and/or limb by the vary hands that defended that Freedom Americans exercise daily. For you were born without rules or regulations, it is the fear of consequence and need for Justice and order that compells us to follow our Countries Laws. Only those worthy enough to fight for We The People shall be trusted to enact and enforce these Laws or suffer the consequence, should such Demon Warriors be made aware of power hungry violators of this trust. War is the province of Men, so tread softly when speaking of disarming those who have mastered it. These corrupt masters of lies and deceit may find themselves where many have met their end; stareing into the eyes of Hell itself, before gasping a final breathe of Freedom before it is taken back by one of its Champions … Chosen Few”- Vega

Posted in US Veterans 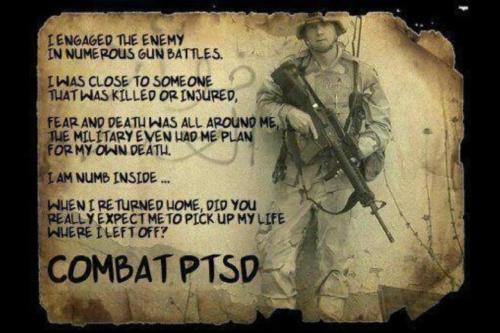 Let Them Fight Or Bring Them Home

American Thinker, John Bernard 16 May 2012
The battlefield is as fluid as diplomatic efforts to shape the outcome are convoluted.  While diplomacy during peacetime can be described as the efforts between two national representatives to overcome obstacles to a good, healthy and mutually productive relationship, diplomacy during hostilities cannot.  “Diplomatic efforts” during an ongoing conflict are at best an oxymoron.  The failure of two parties to work out problems with one another is what leads to war and if war is the ultimate outcome of a failure of diplomacy then it stands to reason that the successful outcome of the war can only be defined when one warring nation capitulates to the battle field prowess of the other.
Our current struggles in Afghanistan have been defined and redefined so many times that it is little wonder that civilian support for the effort here in the United States has waned.  What is truly amazing is that the level of morale in the ranks of our War Fighting community has remained as high as it has.  High morale is not however an accurate indicator of how our military views our successes on this battlefield especially at this point in history.  The reason it does not is because this is one of the only times in our history when a draft has not been used to maintain numbers in the ranks.  Those who have served both in Iraq and Afghanistan have done so willingly and their overall perception of time served is generally more positive than that of conscripts.
Americans have grown accustomed to hearing reports emanating from government officials that do not line up with reports coming in from the battlefield through media outlets and from other sources with boots on the ground.  Every piece of information delivered to the American public flows through a government filter to insure consistency with the narrative.  In addition the administration’s proxy, the Pentagon has decided that elements of certain kinds of information should be sequestered to insure the state narrative continues untarnished by pesky details.
Even the lexicon has morphed to reflect the changing opinions of the current “visionary”.  While success on the battlefield has historically been defined as victory, even the word battlefield has been carefully expunged from the public dialogue.  Success has been coopted by “compromise” and victory remanded to the dustbin of unacceptable words and phrases. Enemy Prisoners of War (EPW) are now future leaders in the new coalition government envisioned by the luminaries in DC. General Grade Officers have been carefully selected for their willingness to capture the vision and then translate it into conduct on the battlefield that reflects the intent of their Commander in Chief. END_OF_DOCUMENT_TOKEN_TO_BE_REPLACED

“So as the end of my second deployment draws closer and closer, I’ve been pondering a thought, related to the question a lot of Marines are asked, and that question is “Why do we do it?”. I’ve come to the realization that the reason we do what we do changes. For example, ask a young man fresh out of boot camp, or even fresh out of high school about to leave for boot camp, and the typical answers you will get will be along the lines of :”I want to fight for/serve my country.” “My family is part of a military tradition” or “I’m doing it for school benefits.”. These are all excellent and admirable reasons for deciding to pick up a rifle and put your life on the line. Now jump ahead a few years, and this same Marine is now a combat veteran, with 1, 2, even 4 or more tours in Iraq or Afghanistan under his belt. You ask this veteran the same question again, and I will bet anything that I hold dear that his answer will be: “I do it for the men to my left and my right, my brothers.”. All those previous reasons, they simply become a byproduct to being out there with your brothers watching each others back. That’s what we are, brothers who have left blood, sweat, and tears on the battlefield. Your best friend back home for 15 years or more will always be just that, a friend, now that is not a bad thing, everyone needs friends in their lives. However, that man you spent just 7 months with in Afghanistan or Iraq, he is now your brother for life. No one will understand what we do or what we go through except for the people who go through it with us.”

Posted in Afghanistan, US TROOPS

Those of us in the troop support movement know that we have lost more of our Heroes on Obama’s watch than all of this war!  The insane and cruel ROE’s and Catch and Release Policies give the enemy the upper hand and leave our Troops so very vulnerable!  It is disgusting and disgraceful and now this Campaigner-in-Chief wants to take credit for the excellent work of our Navy Seals in the killing of Bin Laden.  Well Obama, that road goes both ways! Since you are campaigning that you are responsible for the killing of Bin laden, then you need to take responsibility for the perilous mess our Troops are in over in Afghanistan!   Your failed policies continue to get our brave men and women killed, maimed and incarcerated, as you release terrorists back to the battlefield.  Now you want to be called a War President?!!!!   Then step up and take responsibility for the killing zone you have placed our Troops in with YOUR failed policies!!!!!!!!!!!!
Beverly Perlson
The Band of Mothers
www.defendmichael.com
www.savethissoldier.com

Tightening ROE’s Again to Ensure Our Troops Don’t Win This War They Were Sent To Fight And We Thought Win! Bring Our Troops Home Now!

The Afghan man captured on a grainy surveillance video was a known insurgent. And there he was — again — digging a hole for a homemade mine beneath a well-traveled dirt road in Helmand province.

Several Marines in a nearby combat outpost watched the video feed closely, but a decision on what to do fell to 1st Lt. Josh Waddell, executive officer of India Company, who was running the command post on the afternoon of Nov. 1 for 3rd Battalion, 7th Marines.

Waddell, 25, sprang into action, calling his battalion headquarters to get authorization — what military lawyers call “positive identification” — to launch a strike. From there, he hurriedly issued orders to ground patrol units, sniper teams and aircraft hovering nearby, coordinating a complex operation to kill or capture the enemy.

The insurgent was surrounded by a village full of women and children, so Waddell’s decisions required the kind of nuanced judgment call that has become a hallmark requirement of today’s often murky counterinsurgency missions.

Waddell opted against calling in the helicopter gunships. Instead, he ordered a sniper team to home in on the insurgent. The first sniper shot was high and off-target, sending the man sprinting across a patch of farmland. But other shots struck his leg and stomach. The man dropped and rolled into a ditch for cover. END_OF_DOCUMENT_TOKEN_TO_BE_REPLACED

Posted in Afghanistan, Supporting US Troops, War on Jihadis

One Soldier’s anomolous event versus an Islamic Policy of Terrorism

I reject world and Muslim outrage over the alleged killing of civilians in Afghanistan by a U.S. soldier.

I can understand a soldier who snaps in war but I cannot and will not understand an ideology that routinely and intentionally targets women and children the way Islam does.

Don’t get me wrong; Stevebussey.com and the Steve Bussey Radio Experience in no way condone the intentional killing of civilians in war or through terrorism by anyone. But remember, seeking to understand something is not akin to condoning or supporting that thing just as rejecting the situational or hypocritical outrage is not to condone it.

A United States soldier apparently took his weapon and went house to house killing civilians in Afghanistan just outside his base. My question isn’t why he did it but why it hasn’t happened before or more often.

I don’t want it to happen but I feel I understand war and warriors and as the old saying goes, war is hell. Soldiers sometimes snap in war and atrocities do happen – they’ve happened in every single war in the history of man and the world.

Now, place on top of the “norm” of what happens in war the fact that our soldiers lives are placed at increased risk through being forced to fight with one hand tied behind their backs by our own “rules of engagement” and the hypocrisy of being condemned and murdered for accidently burning a book while the other side routinely uses civilian women and children as human shields, intentionally kills civilians for “collaborating” with NATO forces and more and you have a recipe for disaster on your hands.
Read the rest here.

Posted in Afghanistan, Supporting US Troops, US TROOPS