Commander Wong of the American Legion adds his name to the growing list of politicians posing as Veteran leaders. 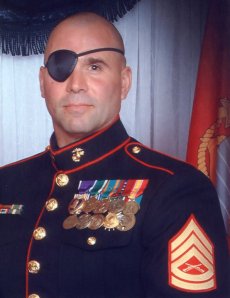 “Commander Wong of the American Legion adds his name to the growing list of politicians posing as Veteran leaders. The American Legion he pretends to represent stands for National security, Americanism, youth and children, and Veterans benefits. Cutting TrICARE to pay federal budget shortfalls from Stimulus and Obamacare gets a 0 out of 4. I am a proud Veteran and a member of the American Legion. This does not represent our values.
As Veterans, we are our brother’s keeper. Our active duty brothers and sisters have been fighting over 10 years of this war. TRICARE is one of the promises made by our government to them while they are doing it. They are counting on us to look out for their interests here while they are protecting us overseas. Shame on Mr Wong for putting the interests of those of us here at home above looking out for them. Worst still, he didn’t even get that-just a promise to be called before Veterans’ benefits are cut. That is what happens when you put deals ahead of ideals.
One small consolation for Commander Wong. At least it took him this long before he sold out. The VFW leadership sold out our active duty brothers and sisters back in October on this very same issue.
It is high time, we Veterans stop allowing politicians to drive a wedge between us and the active duty. We are one brotherhood.”

This entry was posted in Vets running for elected seats and tagged 2012, california, candidate, nick popaditch, us congress. Bookmark the permalink.